Yesterday, January 23, Juan Guaidó, the head of Venezuela’s National Assembly, declared himself acting president of the country. Mr. Guaidó claims that the election that brought Nicolas Maduro to a second six-year term was not fair and that therefore Mr. Maduro is a “usurper” and the presidency is vacant. Donald Trump immediately recognized Guaidó as president and so did Brazil’s Jair Bolsonaro and the entire Lima Group (Argentina, Brazil, Canada, Chile, Colombia, Costa Rica, Guatemala, Honduras, Mexico, Panama, Paraguay, Peru, Guyana and Saint Lucia).

Venezuela does not have a very democratic history, but things began to deteriorate in 1999 when Hugo Chávez came to power as president. He ruled the country until his death in 2013 and was succeeded by his vice-president Nicolas Maduro. Initially, Chávez didn’t look so bad, but he became increasingly more dictatorial through his government.

Hugo Chávez was the first president linked to Foro de São Paulo to come to power. He was succeeded by Lula da Silva in Brazil, Evo Morales in Bolivia, and many others. Foro de São Paulo (or São Paulo Forum) is a conference of leftist political parties and other organizations from Latin America and the Caribbean launched by the Brazilian Workers’ Party (PT) in 1990 in the city of São Paulo. The aim of the Foro was to build mutual support between these organizations, especially considering the collapse of the Soviet Union.

It can be said that Foro de São was exceedingly successful for a while. At one point in the 2000s, a great part of Latin America was ruled by politicians connected to it. However, the problem with socialism, as Margaret Thatcher once said, is that “eventually you run out of other people’s money.” PT’s rule in Brazil began to fall in 2013 when a great number of Brazilians started protesting against Dilma Rousseff’s government. Dilma was impeached in 2016, and her predecessor and mentor Lula da Silva was jailed in 2018 by Operation Carwash. Jair Bolsonaro, Brazil’s new president, is a fierce anti-communist. His election also marks a turn of events not only in Brazil but in the whole in Latin America. Maduro can no longer count on the support he received from Brazil, the continent’s greatest economy.

With money running out and corruption escalating, the decline of socialism in Latin America is just a matter of time, just as it was in Europe. Wind of Change.

I read this book a long time ago (it wasn’t required reading for any of my undergraduate courses) and found it to be much too hyperbolic and unsubstantiated, so I’m very pleased and surprised to see Galeano disavow it.

From the New York Times:

For more than 40 years, Eduardo Galeano’s “The Open Veins of Latin America” has been the canonical anti-colonialist, anti-capitalist and anti-American text in that region. Hugo Chávez, Venezuela’s populist president, even put a copy of the book, which he had called “a monument in our Latin American history,” in President Obama’s hands the first time they met. But now Mr. Galeano, a 73-year-old Uruguayan writer, has disavowed the book, saying that he was not qualified to tackle the subject and that it was badly written.

The reactions of factions, something I have become increasingly interested in, are predictable but maybe that’s why I am so interested in them. For example:

Michael Yates, the editorial director of Monthly Review Press [a socialist publishing outlet – bc], Mr. Galeano’s American publisher, dismissed the entire discussion as “nothing but a tempest in a teapot.” “Open Veins” is Monthly Review’s best-selling book — it surged, if briefly, into Amazon’s Top 10 list within hours of Mr. Obama’s receiving a copy — and Mr. Yates said he saw no reason to make any changes: “Please! The book is an entity independent of the writer and anything he might think now.”

Consider not only the reaction of a long-time socialist to the disavowal of one of his intellectual and – dare I say – spiritual bedrocks, but also the fact that a socialist is scrambling to keep his best-selling product from losing its quite subjective value. Read the whole report. 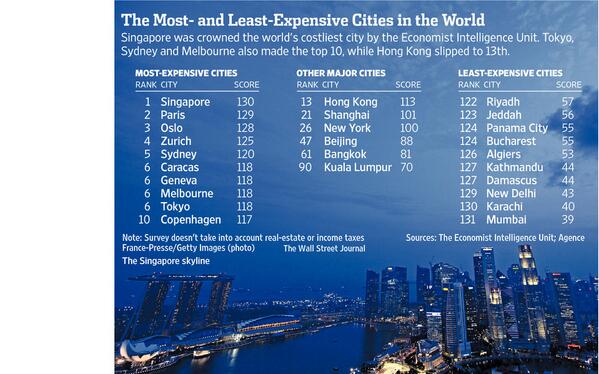 Hugo Chavez, the portly, socialist dictator from Venezuela, died from cancer at the ripe old age of 58. My only lament is that I will probably never get to piss on his grave.

His rule was fairly typical for a Leftist regime: assaults on free speech and the free press, diminished civil liberties, picking and choosing winners and losers in the private sector, strong ties to the military, etc. etc. From the New York Times:

At the same time, he was determined to hold onto and enhance his power. He grew obsessed with changing Venezuela’s laws and regulations to ensure that he could be re-elected indefinitely and become, indeed, a caudillo, able to rule by decree at times. He stacked his government with generals, colonels and majors, drawing inspiration from the leftist military officers who ruled Peru and Panama in the 1970s.

He began describing his critics as “golpistas,” or putschists, while recasting his own failed 1992 coup as a patriotic uprising. He purged opponents from the national oil company, expropriated the land of others and imprisoned retired military officials who had dared to stand against him. The country’s political debate became increasingly poisonous, and it took its toll on the country.

Private investors, unhinged over Mr. Chávez’s nationalizations and expropriation threats, halted projects. Hundreds of thousands of scientists, doctors, entrepreneurs and others in the middle class left Venezuela, even as large numbers of immigrants from Haiti, China and Lebanon put down stakes here.

The homicide rate soared under his rule, turning Caracas into one of the world’s most dangerous cities. Armed gangs lorded over prisons, as they did in previous governments, challenging the state’s authority. Simple tasks, like transferring the title of a car, remained nightmarish odysseys eased only by paying bribes to churlish bureaucrats.

Other branches of government often bent to his will. He fired about 19,000 employees of Petróleos de Venezuela, the national oil company, in response to a strike in 2002 and 2003. In 2004, he stripped the Supreme Court of its autonomy. In legislative elections in 2010, his supporters preserved a majority in the National Assembly by gerrymandering.

All the while, Mr. Chávez rewrote the rule book on using the media to enhance his power. With “Aló Presidente” (“Hello, President”), his Sunday television program, he would speak to viewers in his booming voice for hours on end. His government ordered privately controlled television stations to broadcast his speeches.

Again, nothing too surprising here. This is what socialism will bring your society, every single time. It’s a conversation that doesn’t happen enough around the world.

What I find most surprising about his death is not that so few on the Left are willing to condemn him for his brutality (Leftists are – by and large – authoritarians who believe that the ends justify the means), but that so many Leftists really believed Chavez’s fascism represented a threat to US interests in the region.

Nothing could be further from the truth. For one thing, American policy in the region has changed markedly since the end of the Cold War. American interests in the region have largely faded into obscurity, even when it comes to the drug war (which should end tomorrow). Afghanistan, Mexico and West Africa and the Caribbean are the new fronts in the war on drugs, and overthrowing democratically-elected governments to prevent communism was sooooo 1980s. Nowadays Washington sees democratically-elected socialists coming to power as good for democracy, so long as the fascists don’t try to rewrite the rules to fit their fancies and eliminate democracy (like they’ve done in Honduras, Venezuela and, to a lesser extent, Argentina).

Chavez was nothing to Washington. Not even a pain in the ass. That uninformed Leftists continue to lie to themselves, and the like-minded tools they hang out with, should not surprise me, but alas…

Latin America has thrived since Washington has taken a softer, more respectable approach to the region. States that come under socialist influence – like Venezuela and Cuba – become pariahs on their own. Most of this has to do with the fact that militaries are involved in one way or another. Socialism has never come to power democratically.

I’m not too fond of memes, but here is one that often pops into my head when I read a Leftist’s defense of some dictator or other in some part of the world: END_OF_DOCUMENT_TOKEN_TO_BE_REPLACED

Why are leftists and their friends so often anti-Semitic?

It was not just Hitler, Stalin also tried to deflect the problem of his country on to “the Jews.” That happened after the Nazi extermination camps had been discovered, largely by Russians soldiers.

Melanie Kirpatrick had a piece on Hugo Chavez’ persecution of Jews in Venezuela [recently]. Hugo Chavez is one of the heroes of the Hollywood Left. In the same issue of the WSJ, an American Professor writes from Beirut, Lebanon about official Lebanese anti-Antisemitism. He reports that the television series, “The Nanny” is banned in Lebanon because the heroine Fran Drescher is Jewish! The real reason is that Lebanese have to appear as friends of the Palestinians (although they probably killed more Palestinians  over the years than Israelis did). The Palestinians are the other darlings of the Left. Anti-antisemitism is transitive! (Look up that word, knucklehead.)

I know, I know, most American Jews vote mostly on the Left. They espoused Obama as if he were the long-awaited Messiah. After the Cairo speech, they are not so sure. This does not tell me anything about the Left. It tells me about human folly and obduracy.