Blogging is very time consuming. It’s cutting seriously into the life of leisure for which I am so obviously gifted. I am certainly not trying to achieve fame. I renounced that particular kind of folly many years ago: It’s not worth it because you are likely to fail. It’s not even worth it when you succeed according to many tabloid stories.

I can’t even say I am terribly successful in terms of effect achieved.

Only 26 people at most read my most recent ambitious posting, “Fascism Explained”. Writing it took me the better part of two or three half-days. Its sequel, “How about Communism?” captured only a little less of my free time and it was read by the same small number of people at best.

My two biggest hits ever, “The Inauguration; the Hamas Victory” and “Advice to Pres. Obama on Manhood” were each read by 56 people maximum.

Why am I alienating my free time that way? Why this fairly futile effort on my part? I could be on my pretty boat on Monterey Bay catching suicidal and cognitively challenged fish. Or, I could simply be reading one of the books I have been wanting to read for weeks. I might even rub my wife’s feet instead. (She is a talented artist and a conservative who thinks Attila the Hun was kind of a girlie man. The only thing that reaches her nowadays is hard foot massaging.)

There is an answer to this multiply-worded single question above:

I feel responsible to an extent to keep the vacillating flame of the small candle of rationality burning in my neck of the woods. I define my neck of the woods not geographically but sociologically. I am thinking of the young and youngish formally educated who have been infected with pseudo-facts and who are clutching to beliefs firmly rooted in thin air. The category would include many of my former students and most of my former academic colleagues, except my contemporaries, of course.

My neck of the woods also comprises another category of young people I bump into every so often. They are curious, alert and critical but lack what little formal education college still imparts. I want to help them catch up which should not be especially difficult. 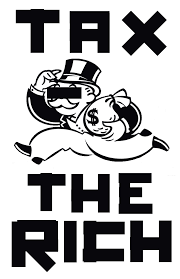 I try to address the young as defined above because I feel terribly responsible for the bad job schools and universities, and therefore I, have been doing for years. Universities gave up a long time ago insisting that right thinking must be anchored in a minimum number of facts and that critical thinking applies to everything without exception.

I don’t devote much energy to the old and middle-aged for two reasons. First, it’s boring because I already know everything they are thinking. Sometimes, I know what they are thinking before they know what they are thinking. Second, they never change their minds, on anything. Mostly it’s because they acquired their beliefs in their youth, during the same period of their lives when they were getting really good sex. Their ethical and political beliefs and their radiant recollections of great afternoon nookie get mixed. They can’t abandon the ones without feeling the memory of the others fading.

The young university-educated who received a faulty education are an especially dangerous category politically because they think they are knowledgeable. Their formal education cost them so much, in terms of money, and in terms of wasted youth, that they cannot be expected to face squarely the fact of their deep ignorance in many areas.

As a person who spent thirty or forty years in academia, depending on how you count. I feel guilty. So, I keep plugging I spite of modest results.

What I am trying to achieve, you might ask? Not much in truth, but enough to deal with my feelings of responsibility. I have a sort of intellectual demographic replacement perspective. Demographers tell us that for a population to be stable in its numbers, each heterosexual couple must have 2.3 children on average. I am trying to leave behind 2.3 rationalists with respect for facts. It would be nice if the real number turned out to be five or six, of course.

I must navigate the narrow passage between two shoals. The first shoal is the fact that the lazy and now smitten press, both print and electronic, is serving us daily huge quantities of absurdities. Many of those absurdities are by omission only. A current example: The cable networks announced on 6/8/09 that the White House proposes to create over 600,000 new jobs at an average cost of $1.2 million each. Of course, that’s not the raw announcement; I had to perform the division myself. Even Fox News did not take the trouble.

Another example: Pres. Obama did bow to the King of Saudi Arabia. Millions saw it on YouTube. The White House persists in its childish denials. Someone has to point out the childishness of the denial.

The other shoal is the combination of bizarre conspiracy theories and of raging accesses of meanness among my fellow conservatives. Some are leading a campaign against vaccination. That’s an extraordinarily bad target if you want to make the ethical point that the government has no business forcing us to do anything.

Other conservatives, otherwise completely rational people, see red when they bring up the subject of immigration. One regular caller to my radio program (see below) told me recently on the air that the State of California is spending as much as $46 million for social services for illegal immigrants. When I pointed out that this broke down to about one dollar fifty per Californian, not even the price of a cup of coffee, every year, she was both aghast and baffled. She admitted she had never looked at it that way.

Incidentally, Sergey Nikoforov – who intervenes often on this blog – and I develop a length an unusual perspective on illegal immigration in [an] issue of the Independent Review. Sergey and I are both patriotic immigrants, of course.

My hackneyed imagery about navigating between two shoals does not mean that I think the truth is “somewhere in the middle.” I believe it almost never is.

There is no scientific “theory” of creationism and,

Clean water is good and even indispensable. Air pollution kills some people and a blue sky looks better than a yellow-smog sky. Some ocean fish stocks are probably in danger and something must be done about it, preferably on a voluntary, cooperative basis. American users are getting too much of their petroleum in bad areas of the world. And,

The science of global warming is full of holes and unexplained absences. It’s vulnerable even to simple anecdotal evidence: How could Greenland have been warmer in 1100 than it is today if our modern industrial activities and automobile use are warming anything at all? Al Gore is obviously a buffoon. It’s a mystery how anyone can afford him any credibility at all. The worst–case scenario presented by the UN’s Inter-Government Panel on Climate Change (co-winner of the stupid Nobel Peace Prize) involves a three-foot rise in the ocean over one hundred years. That is not an emergency.

Therefore: Doing nothing right now today is much preferable to every federal governmental policy being currently proposed.

The United States should do much more and could do much more than it does to support and help rational Muslims everywhere; I mean the large fraction who would like to see their grandchildren grow up. And,

Christians, Jews and atheists never deliberately firebomb mosques full of worshipers. Only people who call themselves Muslims do this. (The same people also try to murder minority Christians in their churches in their areas, another story also worth recounting.)

People who call themselves Muslims in some parts of the world also try to close girls’ schools, beat the female students when they don’t succeed, and even burn the schools down with the little girls inside.

(I got this information from National Public Radio, that nest of rabid right-wing extremists.)

Civilized people everywhere may not keep silent in the name of political correctness. Those who do are scum themselves.

Personally, I think the terrorists who burn places of worship and murder school-girls need killing. They need killing the way rabid skunks need killing. And, no, I don’t want to support them in jail, nor even in Guantanamo.

So, I keep going instead of doing more pleasant things or instead of yielding to my natural proclivity toward laziness because we need a few people to keep saying that cats are cats, that cats never bark, and that, “cats are black” is not a logical statement.

Tell your friends and especially, tell those of your enemies who have balls about this blog.