Skip to content
HomeFrom the Comments: Islamism versus Islam

I am continuing a post I wrote earlier in the day on the difference between Islam and Islamism that was spurred by this thoughtful post from a blogger in India by the name of Geekay. You can find his awesome blog here.

Very often these dissident clergymen in the Muslim world have a good point. States in the Muslim world are notoriously brutal (and they get lots of funding from Washington to be so), which is at odds with the general interpretation by Muslims that Islam is a religion of peace and generosity.

I do not think it is pertinent or even useful to get into a debate about whether Islam is a religion of peace and generosity or not, largely because I believe it is and because of the ambiguity I wrote about in Part 1 that is associated with religion in general.

Today’s religious dissenters in the Muslim world, as well as today’s elite in the Muslim world, all wield the religion of Islam to further their agendas. Again, the Jesuits were some of the worst perpetrators of religion-inspired murders in Europe at about the same time that they were responsible for fighting for the rights of Native Americans to live and practice what they wanted freely in the Americas. This is just how religion works. Pretty cool, huh?

The reason why Islam is often blamed for murderous acts is because the murderers often use Islam’s name to justify their actions. Thus in Saudi Arabia the monarchy executes women publicly in the name of Islam to placate their enemies at home. Meanwhile Osama bin Laden, a rival of the Saudis, used Islam to argue that the Saudi monarchy was insufficiently Islamic.

If this is not making any sense I would be grateful for some feedback. I often think when I write, so if this concept is not clear to you guys then feel free to say so. Or if you don’t like it I would also love to dance in the ‘comments’ section!

Now that the issue of misunderstanding Islam is out of the way, I think it necessary to explain the concept of Islamism to any readers out there.

When Saudi kings feel it is necessary to execute a woman in the name of Islam, they do so because of the vitriolic attacks on their legitimacy from Islamist factions, not because they believe in a specific brand of Islam. This friction between factions is also one of the reasons that states use Islam to bolster their regimes: keep your friends close and your enemies closer, right? If Islam is the state religion then clergymen will have to work through state apparatuses in order to gain legitimacy. 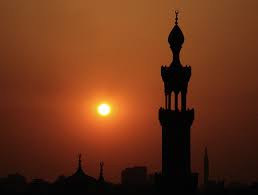 Look at it this way: elites in the Muslim world are educated in the West. Their children are educated in the West. One of the most influential books in elite circles is Plato’s Republic, the book that instructs the potential philosopher-king to pretend to adhere to the principles of his subjects’ religion. Elites in the Muslim states of the world are not beholden to a democratic process. They are often close to unruly factions of the West. The populations of the Muslim world often see abundance in the West and become angry at their rulers’ disregard for their well-being.

This situation is found in states with Muslim majorities. In states where Muslims are minorities, such as in India, state-sponsored oppression often targets Muslims. So, too, do mobs of the religious majority.

Islamism and its adherents channel their energies into this situation. They claim to be following the “correct” rules of Islam, but I direct you back to read about my observation that religious texts mean different things to different people, and that different factions use tactics to gain different followings for different reasons.

Islamism is a political movement that feeds off of the corruption and mistakes of more powerful actors, and it has no clear policy directives or statements. It is a spontaneous, decentralized social phenomenon that has arisen to tackle the problems associated with statecraft in the Muslim world.

If Muslims had a choice between choosing to send their children to a good school (like UCLA!) or sending their children to attend a religious school, then Muslims will choose the good school. Muslims are not stupid and they do not value religion over everything else. What Muslim states lack is a good system of property rights and international trade routes to utilize for an abundance of choices.

If the West wants to do something about Islamism, a good way to start would be to remove the institutional barriers it has erected that keep Muslims from making choices. This means removing all military units from the Muslim world. This means halting all ambiguous “aid” packages to Muslim states (“trade not aid”!). No more military support for Muslim states, either; the Cold War was over 30 years ago.

Islamism will ultimately go the way of many religious dissent movements (violent or otherwise), but the West can some small part in hastening this process. Unfortunately, I think that too few people will read this post, and too many people will continue to conflate Islam with Islamism. So contra Geekay and many millions more, the last thing that Islam needs is to be “induced by the West towards education and reform.” Such a policy will only throw gasoline on a fire. Islam doesn’t need anything, but Muslims could sure use more choices in their day-to-day affairs, and only better property rights protection and international trade are going to bring this about.

5 thoughts on “From the Comments: Islamism versus Islam”