Skip to content
HomeFrom the Comments: Islam versus Islamism

I thought I’d pull out the following comment from Geekay, an affable blogger in India, because it gives a good representation of the world’s ignorance about Islam. I use the term ‘ignorance’ in its literal sense, as in not much is known about the subject, rather than as a pejorative jab (I usually save those for the ‘comments’ section!). Geekay’s comment is reproduced unedited and unabridged below:

Should west remain liberal towards Muslims . I think west should use this liberty and equality toward them to seek the same for all in the land controlled by them. After all the minorities whether Islamic or non-islamic are suffering in the land controlled by them. Islam needs reforms like Christianity and it does not seem on the horizon with the kind of violence and intolerance exhibited by the clergy. While most of the Christian world is growing less religious, Muslims are becoming more religious which only means they are falling under the uneducated, non-liberal Ulemas and Maulvis. Can the west induce the Muslim clergy towards education and reform. After all, there has to be a set of human values approved even by Muslim world. The ‘Organization of the Islamic Conference’ (OIC) should be made to declare those values. If the membership of this club does not come directly to US then proxy like Bahrain, Saudi etc could be used. The US has been slippery with condoning the Saudi actions. How long should this behaviour continue from west because Muslims are not forcing their values on them yet.

The first thing that needs to be done when thinking clearly about the Muslim world is to immediately separate religion from state. I know this move seems counter-intuitive because most states in the Muslim world have declared Islam to be the official religion, but stay with me here.

First, though, it is important to give a brief survey of Islam the religion. This religion includes one billion individuals throughout the world. The three states with the largest Muslim populations (in order) are Indonesia, Pakistan and India. In India Muslims are not even a majority of the population (a fact that I suspect has something to do with Geekay’s lament, but more on this later). None of these states are in the Middle East. Religion itself is is as ambiguous as it is fluid. The reason religion is never to blame for wars and institutions – such as states – are is because religion is simply not able to wield a monopoly on force or consensus the way that institutions can.

Holy scriptures mean different things to different people. Facts are absent from these holy musings (and for good reason I suspect). Theologians have rarely agreed on anything pertaining to their respective conclusions regarding religious texts. This ambiguity on the part of religious understanding is due in large part to individual personalities as well as the culture of which an individual is a part of.

Thus, within the Christian world one can find a plethora of variations in style, rituals, and interpretations of Jesus of Nazareth’s teachings, ranging from somber Russian Orthodox rituals to fiercely individualistic Swedish Lutheranism to cults dedicated to the Virgin Mary in the highlands of Guatemala to Mormonism in the Great Basin region of the United States.

Now, can a general framework of the Christian world still be constructed for a better understanding of how it operates?

Yes, of course. There has to be some sort of generalization otherwise there would be no distinction between the Christian world and “the rest” in the first place. Such a distinction, which you and I can both conceptualize, would not exist if there were no patterns of social organization distinct from other parts of the world present. Co-blogger Jacques Delacroix, a sociologist educated at Stanford, has a good discussion on this that you can find here.

Back to the separation of Islam and the state. 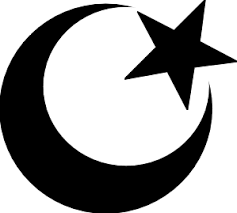 Just as interpretations are used by theologians and layman alike, so too is religion used by other actors for their own purposes. States and other polities often try to use religion to justify their own actions. Dissidents within these states use the very same religion, or sometimes minority religions, to justify resistance against these states. The Russian Orthodox Church, for example, used religion to justify the oppressive actions of the Czarist regime, but at the same time clergy members of the very same sect used the religion to justify resistance networks. When the Bolsheviks seized power in Moscow, the Russian Orthodox Church became enemies of the same state* that they had just previously tried to legitimize. Again, some clergy members of the very same sect worked in tandem with the Bolshevik regime due to interpretations that communism works very well with Christian doctrines.

In Western Europe, various Protestant sects were often wielded by governments in attempts to gain legitimacy over a populace. In the Muslim world, this same pattern applies. States in these regions of the world often claim to be Islamic, but this narrative is hotly contested. Dissident theologians routinely denounce the states that they live under as being hypocritical or unfaithful to Islam, much as dissident clergymen in Russia (or England, or Tibet, or Siam) have done in the past (and continue to do in the present).

Very often these dissident clergymen in the Muslim world have a good point. States in the Muslim world are notoriously brutal (and they get lots of funding from Washington to be so), which is at odds with the general interpretation by Muslims that Islam is a religion of peace and generosity.

I will come back to this essay shortly, but right now I have to go to class and get some lunch, so stay tuned!

* When I say the same state, I mean the same state. The czars were gone, but the institutions that they created to maintain their repressive apparatus were still there and conveniently wielded by the Bolsheviks.

4 thoughts on “From the Comments: Islam versus Islamism”