Andrew’s essay is a must read. It’s careful, well thought out, and bolder than the other ones. All are well-worth reading, though.

Reich’s essay has sparked an important dialogue in the Anglo-American world (props to the NY Times). Globally, I think conceptions of race, genetics, and IQ in the non-Anglo world are based on pseudoscience (at best), so it’s nice to see this debate unfold the way it has (so far).

I don’t think any of them have done a good job grappling with Charles Murray’s argument. (More on that later.)

Thanks to Uncle Terry for bringing this to light in the first place.

In this article, I will explore the latest science on how our genetic makeup is correlated to our ‘life success’. This post is not for egalitarians who believe that everyone is equally beautiful and talented or that everyone can become an Aristotle through immense self-effort. No, this post argues that our genetic differences result in different expected life outcomes. 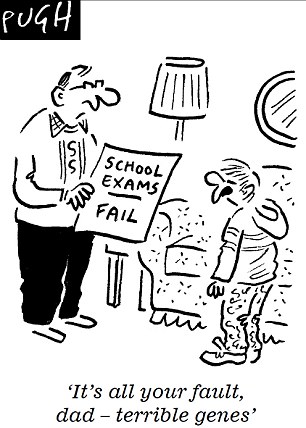 We are living in extremely interesting times. We may have reached a tipping point in genomic research. It seems that we can now weakly predict life outcomes based on genetic tests. Daniel Belsky from Duke University and his team of researchers have recently released a paper asserting that genetic tests can predict adult life outcomes. The magnitude of correlation between genomic tests and adult life outcomes is still very modest, but I believe that the predictions will grow more accurate once we gain more knowledge about the genetic makeup of ‘success’. I believe that this is big news, since this is the first well-developed psychometric/genetic research I have read so far that asserts that life success is to some extent related to our genetic makeup.

When Belsky et al looked at the genetic profiles and the people they studied, they found that people with higher polygenic scores did not only have greater educational attainments, but also had more prestigious occupations, higher incomes, more assets, greater upward social mobility, and were more likable and friendly.

The main research findings can be summed up as follow:

The main research question that Belsky et al ask is: “do genetic discoveries for educational attainment predict outcomes beyond schooling?”

If so, what are the developmental and behavioral pathways that connect differences in DNA sequences with divergent life outcomes?

1,037 people born between April 1972 and March 1973 in Dunedin, New Zealand, were tracked through a 38-year assessment of their socioeconomic development. This study became known as ‘the Dunedin study’. The cohort represented the full range of socioeconomic status (SES).

The researchers derived polygenic scores from the approximately 2.3 million genotypes that according to Rietveld et al would make up the genetic predisposition to educational attainment. In addition, adult-attainment scores were derived from extensive analyses of Dunedin members’ life developments. See table 1 for developments that were tracked and the methods through which these developments were measured.

The researchers have for example measured SES, determined from the higher of either parent’s occupational status throughout the Dunedin Study members’ childhoods. Educational attainment was measured, looking at the highest obtained degree. Attainment beyond education were measured by members’ reports of occupation, income, assets, credit problems when they were 38 years old and from social welfare and credit-score records. Reading abilities, taken when the Dunedin Study members were 7, 9, 11, 13, 15, and 18 years old, were measured as well. What I find extremely interesting is the fact that the researchers have measured not only cognitive ability through picture vocabulary tests and IQ tests, but also certain personal traits like self-control, impulsive aggression, hyperactivity, lack of persistence, inattention and interpersonal skills.

Knowing that our genetic makeup partly determine our success in life, would it be ethical to screen embryos for genetic signs of success in life? In some cases, embryologists already check embryos for major diseases, but should we allow parents to select embryos with the greatest genetic odds of future success?

These are interesting questions that, I believe, we will be facing in the near future.

I have been defending the “Paleo diet,” named after the book of the same name by Loren Cordain. Unlike many of its critics, I have actually read the book. I like the fact that it rests on an overall defensible viewpoint based on evolutionary theory while its specific claims are explicitly and painstakingly related to modern research.

The Paleo diet or v “caveman’s diet” simply says that our genetic apparatus cannot have changed much since the spread of agriculture, 7,000, 8,000 or 9,000 years ago (more like 6,000 for people of European ancestry). Therefore, the author argues, we should limit our food intake to what our pre-agriculture ancestors ate: Vegetables, fruits, nuts, and especially fish and meat. Thus, it excludes cereals, beans, dairy products and sugar, among other staples. That’s the general argument. As I have said, there are also specific arguments pertaining to different classes of food that are linked to contemporary scientific research.

I have been observing the Paleo diet, with some systematic cheating, for a little less than a year. The cheating involves two items: wine and coffee. Cavemen obviously had the solace of neither (but they had the thrill of trying to escape giant cave bears). Basically, I would rather be unhealthy than give up either drug. My adherence to the Paleo diet is not a “faith.” It’s completely rational, as the accommodation I make at this stage in my mind with the information available to me. I could turn on a dime on this.

Two things have happened since I started the Paleo diet: First, I have had Diabetes Type II for twenty years. Less than three months after I started, my basic blood sugar number became almost normal. (That’s the same number I have been monitoring for fifteen yeas.) It became completely normal another three months later and has stayed there.* Second, I have lost a little weight without even trying. I keep losing. It’s very little but it’s consistent. (I use to gain a little weight consistently.) There is no mystery about why I lose weight: I seldom feel hungry and when a I do, I am able to cut hunger with ten almonds.

Of course, the coincidence in time of this positive health development with the diet may just be that, a coincidence. This is how I am thinking about it: For twenty years, there are no good news; I go on a specific diet that promises specific improvements; shortly thereafter, I get specific good news pertaining to the improvement the diet promises.

Of course, it’s possible that in addition to positive health outcomes, the Paleo diet is destroying my heart, or my kidneys. As to the first, my Stanford Medical school cardiologist is not concerned. My other doctor, the internist who hates fads has not said anything about danger to my kidneys.

The Paleo diet has not made me more handsome, nor smarter, nor yet kinder, I must admit.

Of course, the Paleo diet has triggered the anger of vegetarians and “sustainable” agriculture advocates, and well it should have. Sustainable Ag people simply don’t have a leg to stand on. Veggies are apparently tired of simply arguing that theirs is an ethically superior stance. (I believe it is.) There is an article in the June 3 2013 issue of Scientific American that just came to my attention. I surmise, it’s an expression of this anger. It treats the Paleo diet as just another unscientific fad. In the middle of the article, the author uses the following words with respect to our ancestors: “[they] evolved a mutation.” Cut, stop press! Mutations don’t “evolve,” they just happen; they happen all the time. The verb matters, it suggests that a particular mutation appeared in response to something. Mutations are not (adaptive) responses to anything; they are the material on which evolution plays. Natural selection simply retains spontaneous mutations.

End of story; end of reading. The author just demonstrated that he lacks a basic understanding of evolutionary theory, the main material of the view he is criticizing. How about the editors of Scientific Americans, what were they thinking when they allowed this monstrosity? Is there a reason for the laxness? Is there an agenda or is it just an expression of ordinary slothfulness?

This big mistake in a big publication dedicated to the spread of science does not make the Paleo diet right of course. I will await with interest a critique by someone who know what he is talking about.

* I am still taking the full complement of diabetic drugs. It’s a precaution and my doctor, a skeptic, does not seem to know how to phase them out without risk.