The arrest of international banker Dominique Strauss Kahn on several charges amounting to sexual assault has occasioned more discussion of sex on the airwaves than I have heard for many years. Some of the statements I hear are absurd or annoying. Others are downright dishonest. I am trying to sort out the most salient points.

Warning: If you are prudish, don’t read what follows. If you are under fifteen, read at the risk of undermining your healthy sexual development.

First things first: A couple of days ago, the Spanish minister of economy and finance, I think, was one of many female commentators committing a deeply immoral amalgam. One the one hand, she said, there is the presumption of innocence, on the other hand, the charges are so serious, so awful. It’s common thinking in academia among bureaucrats in charge of hunting down sexual harassment, sex discrimination, and in the end, sex differences.

Here is a reminder, girls: The seriousness of an alleged crime, whatever great, has no influence on innocence. Those are separate things completely. Get this:

This goes to the heart of western civilization, I believe. It speaks to our concept of personal responsibility, of a long and proud tradition that rejects anything but well demonstrated individual guilt. Anyone who undermines this view of the world is a totalitarian. That kind of people deserve no more pity than the young Hitler would have deserved had we known what he was about.

Second topic: I heard the public conversation degenerate in a few days to the point where there appeared to be a consensus that men’s, or some men’s, sexual needs were simply irresistible. Such a belief, of course results in considering all male human beings, or many, as potential rapists. This near-consensus is achieved passively through an unspoken alliance between two repulsive groups: man-hating feminists and male low-lives. If you think I am insulting feminists gratuitously, think again. About twenty years ago, a celebrated feminist author argued in her bestseller that every heterosexual act involving penetration was rape. I have forgotten her name as it deserved to be but you can find it on Google. As for male lowlife, you know what I mean: Just think of all the movie stars and other men in position of influence who seek treatment for a “sexual addiction.” And, of course, I am sure pseudo-medical treatment is preferable to the risk of being subjected to the sexual attentions of the prison Aryan Brotherhood. 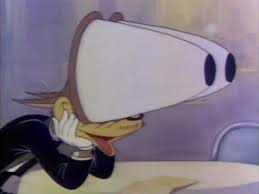 In reality, the myth of the irrepressible male libido is mostly useful in high-school. It helps randy boys give themselves an excuse for doing what they, the girls, want to do but know they ought not do. Personally, I think it has no basis in fact.

First, let me concede that I have no direct grasp of the male libido except my own. It’s also true that I may have been under-served by Mother Nature in this department and never noticed it. I will never know. I do know that I have never in my life heard men or boys refer to their uncontrollable sexual urges, not even jokingly. I have never even read about it in books or elsewhere. That’s on the one hand.

On the other hand, I have personally known several women who were always eager to do it any time, any place, even in public places. (One preferred public places.) I also note that in the folklore of most of the world, women are more likely to chide men for insufficiency than for excessive zeal, much less uncontrollable passion.

Now, let’s look at the mechanics (so to speak) of the topic. It’s likely that sexual tension builds up in men with steadily accumulating testosterone (also the main hormone that makes women horny). Even that is not inexorable. In my ship in the French Navy, after several weeks at sea, the boys did not begin checking each other out. Rather, they went quiescent in the absence of appropriate heterosexual stimuli. At any rate, Mother Nature has obligingly provided the mechanism of the nocturnal emission to release the tension efficiently, if not neatly. Moreover, although Mother Nature probably has a bias in favor of coming rather than going, it’s pretty indifferent about how and where it happens. Hands with opposable thumbs were designed to serve many purposes, bedsheets are OK, a favorite toy is also fine, even Grandma’s stockings. In short, ejaculation inside a woman has not particular merit from the narrow mechanical standpoint I just adopted. It only seems superior because of what goes on in our heads (and possibly because of pheromones, I suspect).

I am trying to tell you here that if any man attacks a woman sexually, he is not driven by an uncontrollable urge. More likely, he is scum who likes to exercise power over those weaker than himself because of the particular video installed in his brain.

I said that some of the media commentary occasioned by the Strauss Khan affair is dishonest and annoys me. Some lazy journalists quickly discovered sex scandals and near scandals in his past. Those were acts of successful seduction that were objectionable on grounds separate from our objections to violence. National cultural differences played a part, I think. Frenchmen and French women are widely adulterous. The educated classes are especially prone to adultery. They pride themselves on being free from the obscurantist, more or less religiously grounded prejudices of the peasantry. In France as elsewhere, the smell of power on a man acts as an aphrodisiac on many women. Powerful Frenchmen, who are mostly free from moral restraints, get a lot of tail, I would affirm if I were vulgar. Their amorous pursuits trigger few or not comments in France. The same actions make them vulnerable under the American-originated norms of international bureaucracies such as IMF. What I am telling you is that Mr Strauss-Khan’s previous actions in no way make the allegations of rape against him more credible.

PS I am sorry if I caused pain to some younger female readers by destroying their illusions about the powerful nature of the male libido. I promise you will survive this revelation.

One thought on “Sex: Real Dopes”