Skip to content
HomeChuang Tzu: The natural disposition of man is Political Anarchism 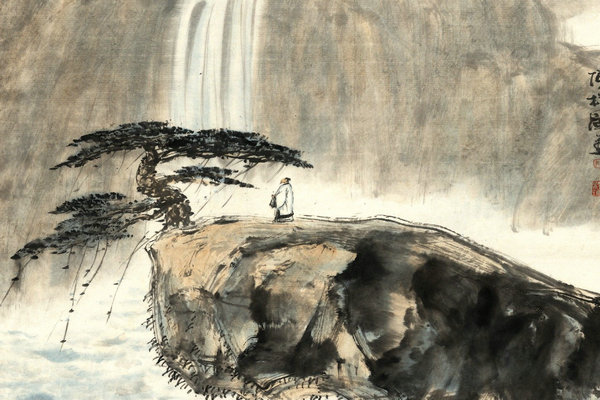 I just read this great article on ‘Anarchism and Taoism’. I find the Taoist case for anarchism extremely compelling. They sought after the harmonious nature of spontaneous order, the Tao, and internalized it into a tremendously rich personal philosophy of life. It makes me wonder: can a person ‘live’ a Libertarian life? Libertarianism is mostly regarded as a political philosophy in the west, but can it, like the Taoists believe, be regarded as a way of life that is most fulfilling on a personal level as well? These are questions that I still have to find out for myself.

After reading the article on Anarcho-Taoism, I’d like to share a small part of Chuang Tzu’s thoughts on the natural disposition of man here:

Horses live on dry land, eat grass and drink water. When pleased, they rub their necks together. When angry, they turn round and kick up their heels at each other. Thus far only do their natural dispositions carry them. But bridled and bitted, with a plate of metal on their foreheads, they learn to cast vicious looks, to turn the head to bite, to resist, to get the bit out of the mouth or the bridle into it. And thus their natures become depraved.

As with horses, so it is with human beings. Left to themselves they live in natural harmony and spontaneous order. But when they are coerced and ruled, their natures become vicious. It follows that princes and rulers should not coerce their people into obeying artificial laws, but should leave them to follow their natural dispositions. To attempt to govern people with manmade laws and regulations is absurd and impossible: ‘as well try to wade through the sea, to hew a passage through a river, or make a mosquito fly away with a mountain!’. In reality, the natural conditions of our existence require no artificial aids. People left to themselves will follow peaceful and productive activities and live in harmony with each other and nature.

In an essay ‘On Letting Alone’, Chuang Tzu asserted three hundred years BC the fundamental proposition of anarchist thought:

There has been such a thing as letting mankind alone; there has never been such a thing as governing mankind. Letting alone springs from fear lest men’s natural dispositions be perverted and their virtue left aside. But if their natural dispositions be not perverted nor their virtue laid aside, what room is there left for government?

9 thoughts on “Chuang Tzu: The natural disposition of man is Political Anarchism”