Senator Ted Cruz (R-TX) burned the barn to the ground with his 21 hour ‘fauxlibuster’ this week on the Senate floor.  Supporters of Cruz’ increasingly libertarian voice relish his statesmanship and clarity, and conversely, no doubt detractors and skeptics dismissed much of the material content addressed due to Cruz’ rhetorical devices, not limited channeling statist icon Darth Vader while lampooning Senator Mike Lee (R-UT).

The usual political hay has already been spun by the  pundits, including Limbaugh and Coulter, providing color commentary and cold shots alike.  Senator Cruz’ profile is quickly rising, and he is being touted as a quill for the young libertarian porcupine within the halls of congress — alongside the likes of Marco Rubio and Rand Paul.  Indeed, Cruz is more than likely positioning himself for a cabinet post in potential Paul campaign 2016, bidding the GOP base against New Jersey’s increasingly progressive Chris Christie.

It is assumed Hillary Clinton will be the ochlocratic candidate.

Rafael Cruz (Ted’s father) makes impassioned appeals to the ideals of Americana-brand liberty for large crowds of supporters, evoking support from the base of the GOP with the family’s brand; scathing indictments of our Republic’s current state, drawing parallels to Bautistas’ fascist, then Castro’s communist Cuba and the horror of living under a totalitarian regime two times over.  Rafael Cruz escaped Castro and fled to the liberty and free markets in Canada, then here in the US, finding success through a technology connection to the petroleum industry — a familiar Horatio Alger-esque tale — Millitary Fascism to Communism and to Corporate Fascism in less than a generation..

…and then there is  Mrs.Heidi Nelson-Cruz, the senator’s wife.  Ted and Heidi met in the Bush White House, while she was working for Condi Rice.  A Claremont-McKenna and Harvard Business grad, Heidi Nelson-Cruz currently works for Goldman-Sachs as a Vice President.

Texas seems to have a GOP senator with strong ties to petroleum, the Bush White House and good ol’ Goldman-Sachs through his wife.  These observations, coupled with the current political landscape may provide insight the origin and intent of the Senator from Texas’ dazzling libertarian all-nighter.

Cruz may need to spend another 21 hours in an attempt to burn down his own straw man — free markets or corporatism?  If his wife works for the self-same Goldman-Sachs that profited from the TARP bailout rammed through the halls of Congress at the tail end of the Bush regime and spilling into the Obama regime; the Goldman-Sachs that boasts both parties’ presidents and cabinets in their pockets going back to (at least) the Clinton administration, would that not be a conflict of interest?  Cruz made open comment about the excellent health insurance provided Heidi’s Vice-Presidency with Goldman-Sachs.  The banking cartel’s involvement in  and subsequent manipulation of the political sphere is a common link between both ends of the popular political spectrum, and to assume that a politician’s libertarian common sense would be immune to the pressures and normalcy bias of the human condition would be naive.

Ted Cruz talks a good game.  He offers the concepts and economic pedigree libertarians have been waiting to hear from a GOP Senator other than Ron Paul, and presents these concepts in a clear and relatable way.  His voting record as a Senator approaches perfection.  Unfortunately, many of the Tea Party Rockstars* who held great promise for the cause of liberty have proven to be paper tigers.  However liberated Ted Cruz’ economic policy could be, the rigor of skepticism cannot be abandoned by liberty-minded citizens just yet.

As Patrick Henry, liberty lover and skeptic of government, famously remarked of the Constitutional Convention, I smell a rat…and hope on the bones of Lysander Spooner for our Republic’s sake, that I am wrong about the Senator from Texas. 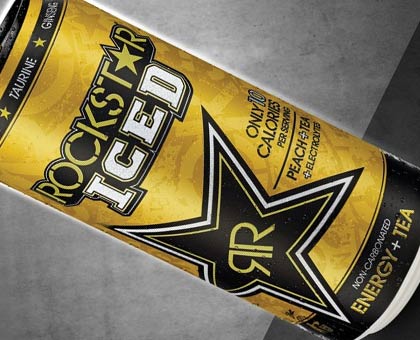