Skip to content
HomeOn Facebook’s new cryptocurrency, the Libra. What will its consequences be for Bitcoin, blockchain and the financial world?

After many years on the sidelines, a consortium of large corporations and social impact organizations led by Facebook will soon enter the blockchain space. In the past week, Facebook has given more details regarding their future cryptocurrency, the Libra. It is supposed to be released by the consortium in the first half of 2020.

This article is my first reaction to the Libra White Paper, which describes Libra as a cryptocurrency with low volatility that will make use of its native Libra blockchain. What follows is a description of Libra as described in the White Paper, and 11 predictions about its consequences for the blockchain and financial world.

Goal of Libra
The goal of the Libra Association is to create a stable currency that makes use of a secure and stable open-source blockchain. Open-source means that the source code is public for anyone to see. In order to keep the currency stable, it will be backed by Libra Reserves – a basket of low-volatility assets, such as bank deposits and short term government securities in currencies from stable and reputable central banks such as the USD, EUR, CNY, and GBP. These assets will be managed by a global network of custodians. The Libra will thus enjoy the benefits of stable traditional government money and the benefits of blockchain-based cryptocurrencies. Users of Libra should theoretically be able to make transactions with Libra coins with low costs, and within immediate speeds to anyone anywhere in the world. 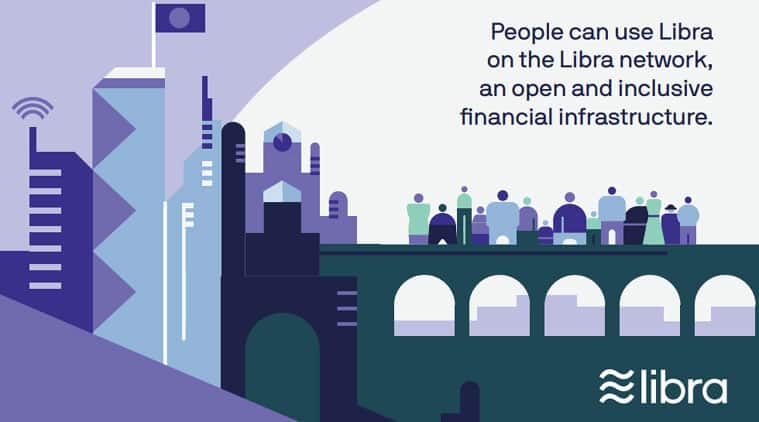 In order to make the above possible, the association has chosen to:

The Libra Association
The Libra Association will consist of a consortium of around 100 founding members. It has approximately 30 members so far. Among these members are PayPal, Mastercard, Visa, Spotify, Über and Ebay. In order to become a founding member, they had to put in $10 million for the Libra Rerserve. In addition to commercial corporations, there are also social impact organizations such as Women’s World Banking and Kiva. The members of the consortium will receive Libra Investment Token (LIT) with which they can participate in the governance of the Libra Association. It is also possible that they will be rewarded with LIT for maintaining the blockchain and approving the transactions.

Another goal of the Libra Association is to develop a standard for open digital identities. Such identities are, according to the Association, a prerequisite for financial inclusion.

Permissioned blockchain
According to the White Paper, the blockchain is permissioned. This means that not everyone is able to run the blockchain on their own computer – only the members of the Association are allowed to do so. They are nonetheless planning to make the transition towards a permissionless environment in which everyone can run his or her blockchain node within 5 years.

Is the Libra blockchain really a blockchain?
Although the Libra Association asserts that Libra is blockchain-based, one could argue that it’s actually not. Blockchains normally make use of data blocks that are chained to each other. Libra, on the other hand, is a single database and does not make use of such blocks. It acts more like a payment scheme.

For more details regarding this topic, see the following article of Simon Lelieveldt.

I will not get deeper into the discussion whether Libra is a blockchain or a cryptocurrency.

Calibra wallet
Libra will be implemented into the ecosystem of Facebook and will also be available in other applications owned by Facebook, such as Messenger, Whatsapp, and Instagram. The wallet in which Libra will be stored is called the Calibra wallet.

What will be Libra’s consequences for the blockchain and financial world?
It’s difficult to make correct predictions about Libra, especially since many details about Libra are still missing. Nonetheless, there some predictions I already dare to make.

Conclusion
Libra is an interesting development that will benefit the blockchain space, as well as the financial world. The members of the Libra Association already have a combined reach of more than 2.5 billion people, so they can accelerate mainstream adoption of blockchain. Users will be able to perform transactions against lower costs and with immediate speed. Those that will benefit most from Libra will be mainly people from developing countries.

Eventually, though, Libra will lead to greater adoption of cryptocurrencies that are truly open, public, borderless, neutral and censorship resistant like Bitcoin.