What’s the state of our internet freedoms around the world? Freedom House (2019) has recently released a report entitled ‘Freedom on the Net 2019‘.

According to the report, more than 3.8 billion people still have no access to the internet, but

The ranking from most to least free is as follows:

The report scores the countries, based on the internet controls that are in place: 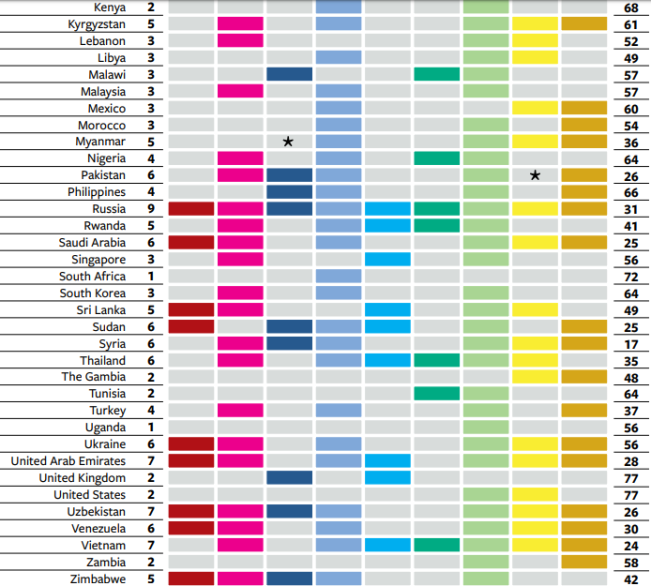 Governments hold more technological capabilities than ever before to surveil their citizens. They make use of bots to manipulate social media and big data analyses to surveil citizens. See for example this.  In August 2018, Le Dinh Luong has been sentenced to jail for 20 years in Vietnam for addressing and posting about human rights abuses on social media in the country. In March 2019, an Uyghur Muslim was stopped and interrogated for three days, because not HE but someone ELSE on his WeChat contact list had checked in from Mecca.

What was once a liberating technology has now become a conduit for surveillance and electoral manipulation. What can we do to protect our internet liberties?